It's ensure, not assure

In my copy editing/proofreading gigs, and even in other jobs that don't primarily focus on text, people often use "assure" when they really should use "ensure." For instance, I've seen people mistakenly write "They used that instrument to assure they would be accurate." That is not correct because "assure" means, according to the Cambridge dictionary, to "promise" or "make certain" or "say with certainty...that something is true," as in "I assure you that you will get the job" or "The mayor assured the people that corruption will be investigated during her administration." Basically, it's a way to let other people know that they shouldn't worry about something. I assure you that what I'm writing is true.

Here's a visual: the name of the drink Ensure implies that you want to make sure, i.e., ensure, that you get all the nutrients you need. 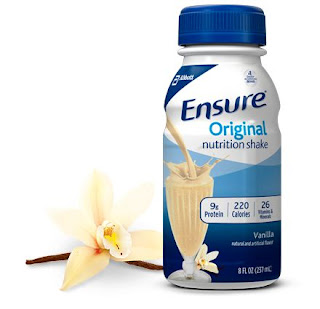 Posted by Margaret Larkin at 7:18 PM No comments:

the Sun or the sun?

I was proofreading something that referred to "the Sun," but I wasn't sure if it should be capitalized. My hunch was that it shouldn't be, but when I did a search online, I found conflicting results. For instance, NASA capitalizes it in a student worksheet, but they could be doing that for stylistic purposes. Meanwhile, The Atlantic, which seems to take language and writing seriously, does not capitalize it.

After seeing various examples online, I assumed it's standard practice to not capitalize it, until I saw a discussion on Quora, with an answer by a highly educated science person: "The International Astronomical Union rules in this context, and they say that the names of each planet, each planetary satellite, each asteroid, each comet, each star, each stellar/planetary system, and each galaxy is a proper name and, therefore, a proper noun to be capitalized." Then he says that not capitalizing it is fiction-oriented. But the Massachusetts Institute of Technology, aka MIT, one of the most prestigious science and technical institutions on the planet, instructs people to not capitalize it. And the MLA style guide (by the well-known Modern Language Association) makes the same conclusion.

So I'm assuming it should not be capitalized, thus I corrected what the author wrote. Now that I'm writing about it, it doesn't seem like a big deal, but when I saw it, it made me think about it for the first time, since I don't usually have to deal with the issue. I even discussed it with a professional writer, who didn't really know the answer either, which made me even more curious and concerned about doing the right thing.
Posted by Margaret Larkin at 7:38 PM No comments:

I took a couple of French classes online, and while I didn't ace the second class (probably because I was working a lot, plus successfully finishing Nanowrimo), I really enjoyed studying it. There was a ton of grammar and vocabulary to learn, and there were lots of activities and quizzes and the awful final, which I bombed, even though I studied more than a few days for it. I was very upset about it, and still am, but at least I can still see the Friendly French Guy for a few more days (because even though I paid 100 bucks for the digital book, it has an expiration date, which I think is totally unfair). 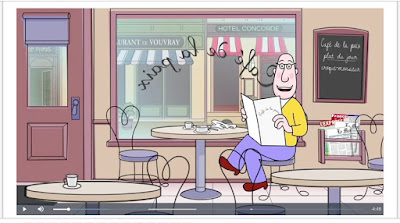 In every chapter, he lectured about grammar, and seemed very happy to be sharing his knowledge. He had a French accent, of course, and was always upbeat. 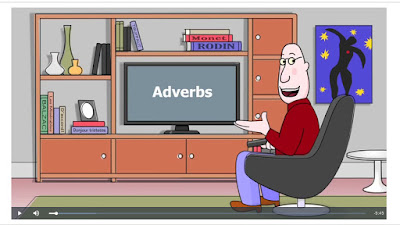 Posted by Margaret Larkin at 7:21 PM No comments: