Fun with Stephanie and crew

I had an excellent time hanging out and helping out a bit with Stephanie Graham's So This One Guy... video story project. Now I know why her project looks so professional: she films at DePaul University's lot at Cinespace, which also houses Hollywood-level shows. 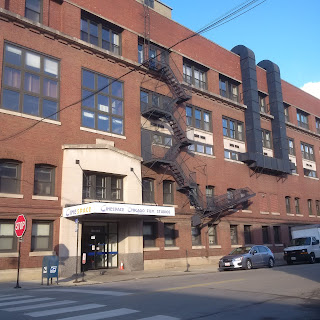 When I arrived in the studio space, they had just recorded a segment and were taking a break. 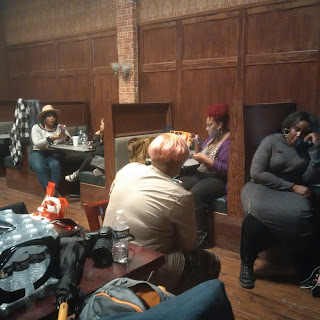 Then I had my first-ever experience of being a stand-in while they adjusted the lighting and camera. That's super-pro cinematographer Pete Biagi, who's worked on major films and commercials. 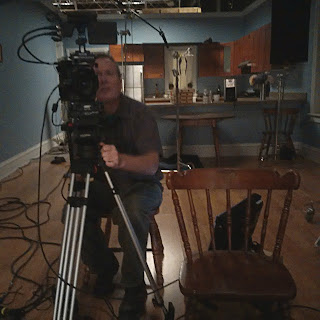 At one point, Stephanie and the crew checked the setup in the monitor. 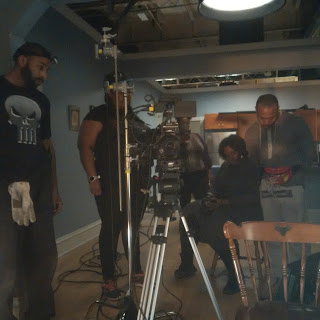 Here's Kaira sharing her story (I was the stand-in for that scene too). 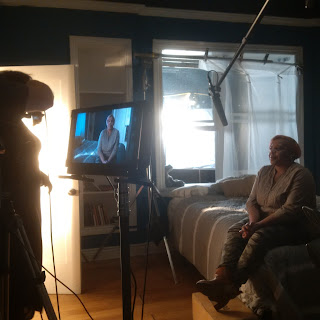 I don't know why this area (pretty much North Lawndale) is considered the West Side, because if you look at a map, it seems south as well. Why isn't it called the Southwest Side, or at least Near Southwest Side? Well, from my perspective, it's west but also south, so I'm categorizing it accordingly, and saying, once again, that the South Side (and West Side) are under-appreciated. Just one of the many gems that people can discover if they choose to look beyond the grim headlines in those areas.
Posted by Margaret Larkin at 11:59 PM No comments: