This is going to make reading Japanese online easier!

If you've been reading this blog for a while, you probably know that I love Popjisyo. It's great to paste Japanese text there (it also translates Korean and Chinese, though I don't know those languages) and find out what the more difficult words mean.

But yesterday, a guy at Barnes & Noble who's majoring in Japanese told me about Rikaichan, which is a popup dictionary tool that shows what a Japanese word means. It's for Firefox and some other browsers I haven't heard of, but since I'm not crazy about Firefox, I added Rikaikun to Chrome.

It's great! All I do is turn it on, and when I'm at a Japanese website, I just hover my mouse over a word, and it shows me what it means! Actually, it doesn't always translate a word because it seems to not recognize some kanji or kana combinations, but it's still very handy.

It's so handy, that there's a risk of becoming lazy: if all it takes is just a hover to understand a word, then we're tempted to not try to memorize it.

But if I want a more fully functioning popup dictionary, then I still like Popjisyo. It seems more precise and extensive. But Rikaikun is better than nothing!
Posted by Margaret Larkin at 11:28 PM No comments:

If it weren't for the production, this show would be a dud

My husband likes to watch Top Shot. I'm not interested in watching a bunch of people shoot at a target. But what I have noticed is that if it were not for the excellent producing, the show would have nothing special about it.

The editing is really good, and the music adds drama. There are interesting camera angles and they even vary the speed of the bullets. Even the titles are well-designed. It looks like a sophisticated show, even though there's not much to it. Aesthetically, it's high quality. So whoever produces and edits that show is doing a good job.

I'm glad they've taken the time to make it tasteful. But I'm still not interested in the content.
Posted by Margaret Larkin at 10:27 PM No comments:

Email ThisBlogThis!Share to TwitterShare to FacebookShare to Pinterest
Labels: tv

This is very interesting: a 30-second animated gif presentation of pie charts that represent where people have bought their music over the past 30 years. I've posted the first and last images here, but go to the site to see the entire thing. Fascinating! 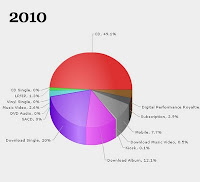 Posted by Margaret Larkin at 11:01 PM No comments:

Email ThisBlogThis!Share to TwitterShare to FacebookShare to Pinterest
Labels: Music

A book that looks interesting

I've been wondering for a while why American culture seems so isolating even though there are people all around us. In my exploration of this topic, I found a great essay about feeling isolated in the church community, and within it was this quote from The Pursuit of Loneliness:


It is easy to produce examples of the many ways in which Americans attempt to minimize, circumvent, or deny the interdependence upon which all human societies are based. We seek a private house, a private means of transportation, a private garden, a private laundry, self-service stores, and do-it-yourself skills of every kind. An enormous technology seems to have set itself the task of making it unnecessary for one human being ever to ask anything of another in the course of going about his daily business...we seek more and more privacy, and feel more and more alienated and lonely when we get it...our encounters with others tend increasingly to be competitive as a result of the search for privacy.

The book was written 40 years ago, but it seems like the concepts can be applied today as well. I really should read this book. Even though I'm American, the culture can still be baffling at times.
Posted by Margaret Larkin at 11:07 PM No comments:

It used to be that we would have to acquire a paper chart of joyo kanji (a list of regularly used kanji that is created by the Ministry of Education) either by purchasing one in a Japanese bookstore, or by scoring one from a school, but Wikipedia has a complete list that includes readings and meanings. Whoever took the time to post it and edit it is incredible!

The Japanese About.com site also has a list that is organized by grades, which is helpful, too, though it's not as complete as the Wikipedia one.

I'm so glad I no longer have to rely on just paper and books to improve my Japanese! Way to go Wikipedia!

Rebelx sent this to me from a security site. This is some complicated security! 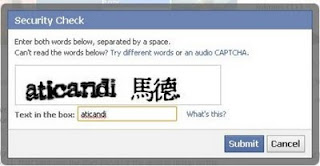 Posted by Margaret Larkin at 10:53 AM No comments:

Last night, a Taiwanese friend on Facebook posted "Happy Father's Day", so I did an online search to see why she would say that. It turns out that today (August 8) is Father's Day in Taiwan, and here's a good explanation about what it means:


[It] is widely observed on August 8, the eighth day of the eighth month of the year. In Mandarin Chinese, the pronunciation of the number 8 is bā. This pronunciation is very similar to the character "爸" "bà", which means "Papa" or "father". The Taiwanese, therefore, usually call August 8 by its nickname, "Bābā Holiday" (爸爸節).

She probably posted the greeting yesterday because Taiwan is about 13 hours ahead of us, so our August 7 was already their August 8.
Posted by Margaret Larkin at 6:44 AM No comments:

Email ThisBlogThis!Share to TwitterShare to FacebookShare to Pinterest
Labels: Holidays

Last week of teaching a lot

Since January, I've been teaching ESL for several hours a week, and since the school isn't in my area of the city, the commute has been quite long. But this week is my last week, and my schedule will be a lot more manageable through the end of the year. I'll probably go back to teaching one day a week, which I've been doing for a while.

I've noticed that some of the other teachers aren't doing a lot of other work outside of school, but I've been working at a couple of other places, so I've been very busy. I know...it's very American to say "I'm so busy" and I really don't want to say it, but it's been true. Plus, some other things have developed in my non-work life, so I've really been running around all over Chicagoland and helping people out.

But this week is the last week of daily commutes, long hours, and fatigue. I've really enjoyed teaching this year, but I'm glad that I won't be frequently drained or tired from doing so much every day. And what's cool is that I've begun a big writing project, so the diminished teaching hours will be replaced with lots of writing on that project, in addition to the other writing I often do on a weekly basis.

I think I should change my homepage at this point to describe what I actually do for work and my other interests, though I do list that stuff at my Googoo Plus page.

Anyway, through the end of the year, my work life will be more writing than teaching, with some of the usual radio work thrown in. I'll probably also set up another reading for the anthology and actually try to promote it more. 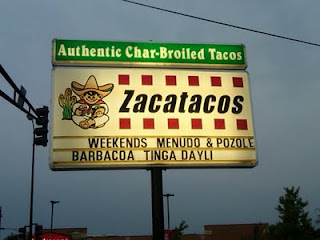 Posted by Margaret Larkin at 9:22 PM No comments: