Continuing my "series" about the positive aspects of the South Side...is Bridgeport, an established neighborhood that's becoming an extension of Chinatown and possibly a future hub of hipster activity. There are traces of it so far on 31st street, where there's a popular bar called Maria's (that I was told Northsiders flock to)... 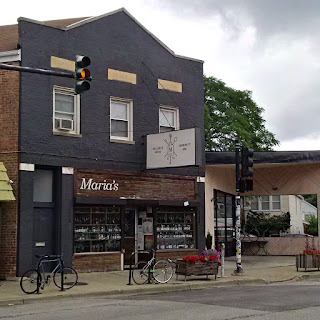 ...and the more ubiquitous Bridgeport Coffee House, which feels like how coffee places used to be, and is the source of local coffee that's distributed throughout the city. 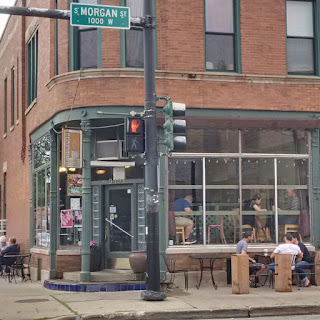 What I love about living in the city are the details, and this coffee shop is not short on aesthetics; it has one of those old ceilings that is a work of art in itself, and is filled with light fixtures and other decor that express its uniqueness. 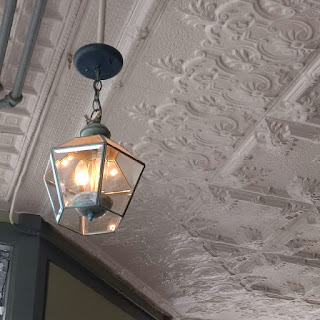 The sign blends with a carved exterior from a long-gone architectural past.... 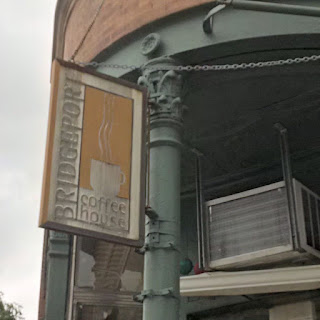 ...that also appears next door. 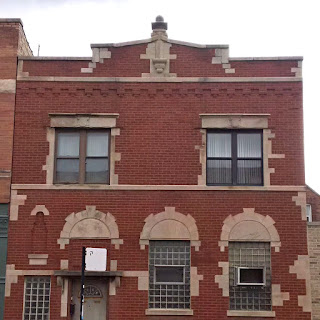 And as is typical around the city, elaborate stonework pops up in different parts of Bridgeport, including Holden Elementary School. 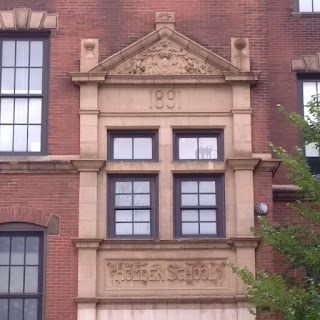 In other words, Bridgeport is worth the trip!
Posted by Margaret Larkin at 8:09 AM No comments: