Kesan, aka the funny Chinese clown, drew this image of Bruce Lee, and added his screen name in Chinese, 李小龍 "Xiaolong", which according to Wikipedia means "little dragon". I think it's cool. (Kesan's last name is Li, btw...same sound as "Lee".)

Ever since I saw Enter the Dragon when I was in Asia, I have liked Lee because he achieved a balance between the East and the West in that film. Actually, it was on TV the other day, and I saw it again, which means I've seen the movie several times at this point. Too bad he passed away so young :( 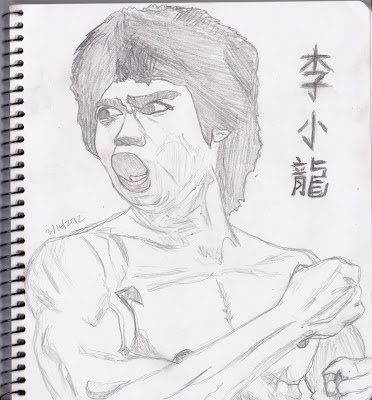 Posted by Margaret Larkin at 8:51 AM